How to Use Uber Eats Voucher 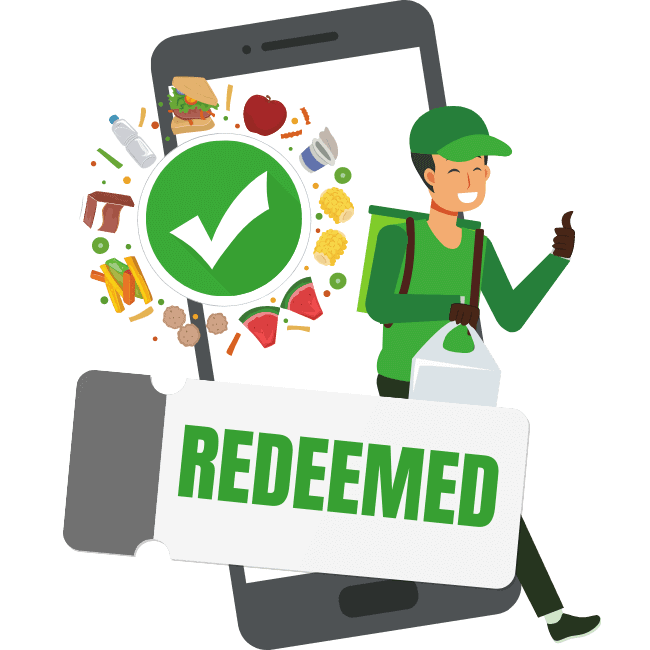 You might have encountered a business that gives you vouchers as a reward or a gift for using their company. Vouchers are similar to gift cards and are used strictly for the purpose of the voucher. Rides on Uber or food delivery from Uber Eats are such purposes.

If you’ve received a voucher from a company you’ve used, then you might wonder how to use Uber Eats voucher. It’s a simple process. We’ll walk you through it in this tutorial. We have experience using Uber Eats meal voucher, and we’ll be happy to help you use yours in this in-depth, step-by-step tutorial.

How To Use Or Redeem Your Uber Eats Voucher

A business uses vouchers to cover ride costs or meal costs for select customers or clients. Vouchers are generally sent by email, text, or push notifications. When you’re ready to book a ride or order a meal, simply click on the link:

Tips On How To Use Uber Eats Voucher

What Should I Do If My Uber Voucher Not Working?

Users should keep in mind that companies issuing an Uber business voucher to select customers or clients can’t see the voucher once it leaves their computers. When they push send, it’s all on you.

Now, there are reasons why your Uber voucher not working:

Tips On How To Use Uber Eats Voucher

If you’ve applied the voucher but the app isn’t accepting it, then you’ll have to contact Uber Support. You can use the Help button on the app, but the FAQ sometimes doesn’t cover your particular problem. If you can’t get answers from help.uber.com, then try getting a human at 1-800-593-7069.

Can I Use Tesla Uber Voucher For Uber Eats?

Tesla often gives clients an Uber voucher to cover rides while their automobile is in the shop. The link will appear on the payment method page just above the Confirm button. Tap the On button to turn on the voucher. The link should have been emailed, texted, or push-notified to you. If it wasn’t, then contact the Tesla service center to send you the link.

How To Use Your Tesla Uber Eats Voucher

First, you need to add the voucher to your account. On the Payment screen, tap on Add Payment Method. Tap on Gift Cards And Vouchers. Add the voucher code. Now that your voucher is added, you can use it.

As with anything, there are advantages and disadvantages. Tesla’s Uber Eats voucher is no different:

How To Use Uber Eats Voucher FAQ

Vouchers are only good up to a certain date at a certain time. It will only be paid by that date and time, or in other words when the voucher expires.

2. Are Uber Vouchers And Uber Gift Cards The Same Thing?

3. So An Uber Voucher Isn’t Only For A One-Time Purchase?

No. The voucher is for a pre-determined amount. You can combine Uber rides and Uber Eats up to the dollar amount of the voucher. For example, if the voucher is for $200, you can ride to work and back as well as have lunch or perhaps even dinner ordered from Uber Eats, as long as the costs don’t exceed the $200.

4. Why Don’t Uber Vouchers Cover A Tip For The Driver?

5. Why Is Uber Charging Me? I Have A Voucher

6. How To Use Uber Eats Voucher: What’s Tesla Got To Do With It?

It all began when Uber made a deal with Hertz in 2021. Hertz would rent Teslas to Uber drivers, who would make a lot of money. Teslas rate as “Lux,” which costs more per ride. So when a Tesla goes into the shop for some reason, the driver would get a voucher. Bon appetit!

7. What Should I Do When I Claim My Voucher, But It Doesn’t Show Up At Checkout?

First, make sure you’re in your personal profile and not your business profile. Second, make sure you have a personal method of payment going on. Now, get out of the Uber app and restart it. If that doesn’t work, uninstall the app. Reinstall the app, which will be the latest or newest version. If all this doesn’t work, then call Uber Support. There could be a glitch somewhere, and they’ll know what to do.

8. Is An Uber Voucher Reloadable Like A Gift Card?

No. An Uber voucher is not a gift card and cannot be reloaded. It’s a gift, yes, but a digital one. It can only be used for the specified amount in the specified time limit on either rides or Uber Eats. That’s it.

9. How To Use Uber Eats Voucher: Are They Transferrable?

No. Vouchers are made out to the customer or client using a company’s services or products. The voucher only goes into this person’s Uber account. Now, the user can always send food to someone else (I’ve used my account to send food to my granddaughter when she was short on funds, for example.) The user can also pay for a ride for someone else. The point is that these things are done in the user’s name and not anyone else’s name.

10. Can I Use Two Vouchers On The Same Order Or Ride?

No. Each voucher is issued for a certain amount to be used within a certain window of time. The vouchers are listed separately on the payment method portion of the app, and cannot be combined to cover one ride or meal.

Full Guide: How to Make Money With My Cargo Van

How Did Vouchers Begin?

A voucher is no more than the disbursement of funds. It works like writing a check: you want to buy something, so you write a check to the company selling the item. The company and the bank exchange cash (or a credit in the company bank account) for the check. It’s the same with a voucher.

That’s physical vouchers. The loyalty side of it has been in evidence since time began. Mankind gives gifts to those who have his back or who buy his products or services. Still, mankind needed some incentive to spend his specie or trade for it at one particular caveman’s establishment instead of someone else’s. The gift voucher answered the need.

Paper gift certificates or vouchers became common in the 1930s at department stores, when they were given to only select customers. Restaurants caught on and began using them. However, fraudsters began Xeroxing near-identical copies of these certificates. No one knew what to do until 1994. That’s when Neiman Marcus began displaying gift cards. The company? Blockbuster.

Now gift vouchers are issued digitally. There’s no danger of the paper certificates being duplicated. There’s also the plus of constantly having on hand (or the nose in) a smartphone or tablet. Hungry? No problem, grab your phone and pull up Uber Eats. Stranded without a car? Got you covered. Pull up Uber and get a ride.

That’s the theory. There could be reasons why it isn’t that simple, such as needing to download the most recent or newest version of the Uber app. We’ve detailed what you should do in case of a glitch, as well as calling Uber Support for help.

The above article may contain affiliate links, which help support Clever Sequence

Information Technology Resources
How Do I Change My Gmail Password on My iPhone
How to Make Flashcards on Google Docs
How to Draw on an Image in Google Docs
How to Make a Graph on Powerpoint
Mail Merge in Gmail With Excel
How to Link Two Cells in Excel
How to Copy Data From One Sheet to Another in Excel Using Formula
How to Create a Roadmap in Excel
How to Move Bullet Points in Google Docs
How to Write a Script on Google Docs
Smartphone Tips
How to Animate a Picture on iPhone
Cash App Money Not Showing Up in Bank Account
How to Change the Background of a Picture on iPhone
How to Fix a Blurry Picture on iPhone
How to Delete Files From Google Drive on iPhone
How to Blur a Screenshot on iPhone
How to Cut Out Parts of a Video on Iphone
How to Retouch Photos on iPhone
How to Timestamp Photos on iPhone
How to Record a Wav File on iPhone
Social Media
How to Slow Down a Video on Tiktok
How to Find Out if Someone Is Using Fake Pictures on Instagram
How to Turn Off Business Account on Instagram
How to Do a Social Media Background Check on Yourself
Facebook Live With Multiple Presenters
How to Delete Multiple Pictures on Instagram
How to Overlay Photos on Instagram Story
How to Be a Moderator on Youtube
7 Best Twitter Hashtag Counters
How to Add a Moderator to a Facebook Page
Productivity & Organization
How to Label a Package by Hand
How to Make a to-do List on Mac
How to Close Instacart Account
How to Put a Password on a Flash Drive Without Software
How to Merge Google Calendars From Different Accounts
How to Downgrade Costco Membership
How to Markup a PDF in Adobe Reader
How to Cancel Starz Free Trial
How to Add Gift Card to Venmo
How to Merge Voice Memos
Business Ideas
How to Sell Liquidation Items
How to Get Paid to Eat on Camera
How to Be a Dog Walker on Wag
How to Buy Returned Items From Amazon
How Does Instacart Work for Drivers
How to Work for Postmates
How to Make Editable Invitations for Etsy
How to Get Voice Over Work With No Experience
Dump Trailer Business Ideas
How to Transfer Money From Chime to Bank Account
Software & Apps
4 Easy Steps to Embed a PDF in WordPress
How to Embed Images in Indesign
How to Outline an Image Without Photoshop
Best Crypto Profit Calculator
Fix Broken Links in WordPress Without Plugin
2 Options to Make a Multilingual WordPress Site
How to Underline Text in Illustrator
How to Get EPP Code From Google Domains
How to Change Artboard Size in Photoshop
How to Cancel My Canva Subscription
Shopping
How to Reopen a Closed Amazon Account
Redeem Amazon Gift Card With Serial Number
How to Pay With Cash App on Phone in Store
Where is My Digital Code Amazon
29 Awesome Gifts For Game Developers
Does Amazon Check Serial Numbers on Returns
How to Cancel Accidental Amazon Prime Video Purchase
21 Most Comfortable Office Chairs For Long Hours
How to Remove Amazon Gift Card From Account
25 Best Ergonomic Office Chairs Under $200
Our Guides
Clever Sequence® 2017 - 2022 © All Rights Reserved.